I’m not sure if the title is self-explanatory enough but bear with me. I promise it’ll be worthwhile – or you can have your money back guaranteed, okay fine, there’s no guarantee – especially if you’re trying to figure out your career path or more generally what your passions are. To give you a bit of a background, I’m a physics PhD dropout who’s still passionate about physics, research, and learning. I worked within the field of condensed matter physics and materials science, trying to figure out why electrons behave in a certain way under different conditions and now I’m keeping busy running a company in tech. Might I also mention that I tried learning computer programming at a young age and I gave up mid-way into the first book on QBasic – keep this in mind, it will become relevant later in my story. You might ask: why did I dropout if I was so passionate about it? Well it all ties into the curious notion of the Passion Function I mentioned in the title, which I’ll explain in what follows.

Back in the day when I was in high school, I had no idea what I wanted to do, especially in grade 11. It’s funny looking back now, how it never bothered me at the time; I was way too clueless for my own good! Everyone around me was looking into different university programs, looking up admission requirements, researching university rankings, and learning about career paths. Yes, I was a member of the nerd crew – a cool nerd though – just take my word for it. I always got good grades in math, physics, and all the science courses in general and fully bombed all the bird courses. I wasn’t passionate about any particular field, I was day-trading in forex markets, getting familiar with what I didn’t know was called a startup, and studying the rest of the time. This was until grade 12 when I took a physics course led by a super passionate teacher who really piqued my interest in physics. This was the first time I became more directional in my pursuit and efforts.

A huge component of the course had to do with the long-term outlook and implications of what we were learning. Term tests, quizzes, labs, and etc. were mostly designed to be encouraging of what we had learnt – so they were perhaps easier than your average assessments. I got my highest high school marks in grade 12 physics. Now I was experiencing the first bit of passion or interest in something and was being encouraged to go even deeper because I was getting positive feedback when I put in any efforts – high marks, encouragement from my teacher, and the whole nine yards. And it was just like that that I decided to study physics for my undergrad, it was more of an overnight decision without much research involved, not much planning, and mostly based in intuition and passion. Now don’t be too quick to judge what I mean by passion, because what was about to follow in my undergraduate studies is the real telling part of the story.

I had my mind set to pursue physics, it sure seemed like I had the passion for it and was great at it. So I applied to what I didn’t know was going to be the toughest program I could personally apply for – at least for me. After entering my bachelor program, I realized I know absolutely nothing and frankly started doubting my own capabilities. The first two years were the most difficult. This time around there were no teachers or professors with words of encouragement or talks of astronomy, relativity, quantum mechanics, or hours-long philosophical discussions to create motivation. I was left with quite a few theoretical calculus, real analysis, and algebra courses for the first two years, with absolutely no decent background in any of them – sponsored by the Ontario educational system (don’t we all love self-victimizing) and my own laziness perhaps. This is when the whole notion of passion had to be replaced with something else for me to pull through, otherwise I would’ve given up quite easily and never made it to 3rd year where things changed drastically. We were performing in a very competitive environment, lots of international students within the program already had learnt a lot of what was being thought, meanwhile I didn’t even know the basics. This was the first time I broke the mental barrier which was fear. I stopped caring about marks, the future of my studies, jobs, and pretty much everything else. I focused on learning. I ended up graduating in 5 years instead of 4, worked in two different low temperature condensed matter physics labs working under supervision of highly regarded professors, launched a startup within that timeframe and failed, got my real estate license and brokered some transactions, and finally learnt how to code! I frankly still don’t know how I managed to do so many random things during that period. But I can tell you that I went from being “passionate” about something to subconsciously removing a foot-high mental barrier called fear. From the 3rd year onwards, I was doing amazingly well (not necessarily comparing to others, but I was satisfied), I received an offer for graduate studies from a school ranked Top 5 in Times Rankings as well as my own university and I had a sense of satisfaction combined with my passion – knowing that I pulled through.

“went from being ‘passionate’ about something to subconscious removal of a foot-high mental barrier called fear.”

After I finished my undergraduate studies, I pursued a Master’s degree and eventually started my PhD. I quit my program after about a year to pursue building my business fulltime. But this time, there was no fear involved, I was simply ready to draw a new path with new learnings to come. Now the reason I bring this up is that going through the difficulties I experienced in studying physics and then doing research, allowed me to gain the confidence to undertake something difficult without too much fear of failure, the only thing in my way was simply myself. I’m not claiming that I could become a Michael Jordan in the NBA (though I’ve never tried – but it’s safe to say he’s got some advantages), there are physical and environmental limitations that are imposed at times of course. But what’s fulfilling is reaching one’s own maximum capacity – this might be a good way to define greatness – knowing that nothing is stopping you from achieving your own potential. I’ve found this brings great piece of mind.

This so-called Passion Function takes as its inputs quite a few parameters, things like encouragement, difficulty of tasks at hand, our own performance, feedback, effort, and perhaps a lot of other things having to do with our personalities: ego, self-esteem, and etc. It’s important to note that a lot of the inputs are computed based on subjective measurements, meaning the observer (you!) have a huge impact on what you’re feeding into it. I think most people might go through similar experiences, starting with lots of “passion” for something, then experiencing burnout, or perhaps feeling as though they’re just not good enough. In my experience, going through with something and sticking to it regardless of how difficult it seems has its payoffs. You might not become the star you anticipated to be or achieve what you wanted within your desired timeframe, but the journey in getting to your NorthStar will itself be very valuable. The biggest thing it can potentially do for one is to eliminate fear: fear of failure, losing opportunities, not achieving your dream, and etc.: realizing that whether you achieve your goal or not, you’re still gaining from the experience if you so choose to – it won’t be easy and it won’t be fun all the time.

Now from my story, it might sound like if you go through it once, you’d be an invincible superman type of character that will realize his/her potential along every vertical without any fear of failure, but that’s not fully true. I still catch myself in similar patterns, but the difference is now I recognize it and make sure I leverage my learnings. I work on what I’m passionate about but more importantly I find passion in what I’m working on. 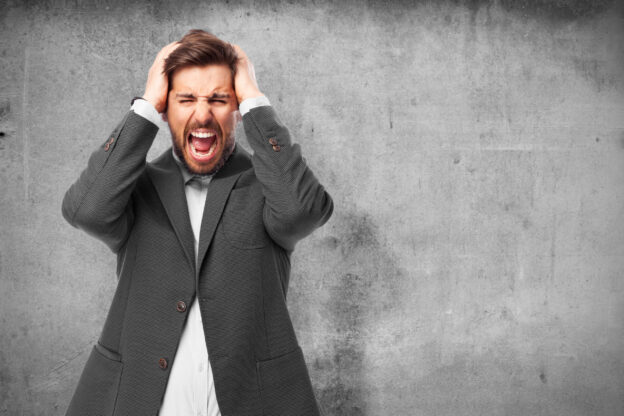 There’s a cloud of uncertainty hovering around what the future might hold for those of us who’re looking for jobs or are currently studying in school. Questions like: “will I be…